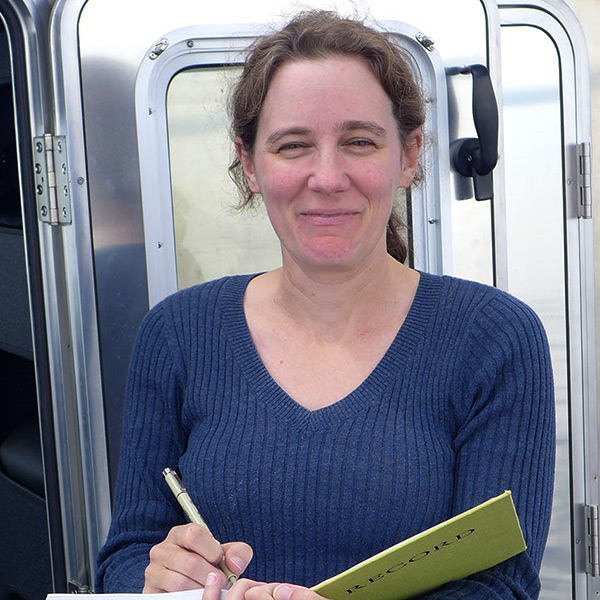 What is your role in the HD-YLAKE project?

I am the PI in charge of Pressure/Temperature sensors in the lake. I am also in charge of coordinating data integration and modeling between groups. What do you find unique and interesting about Yellowstone National Park?

There are so many different exciting things to study, all in one location: the volcanic system, shallow hydrothermal system, earthquakes, paleo-climate, and the incredibly diverse biological system, just for starters. Yellowstone is a great place to study the way these systems interact, and go beyond an understanding of each system individually. It’s a fantastic place to do science.

What new things do you hope to learn over the course of the project?

From our previous research, we know that hydrothermal systems are incredibly sensitive to small changes in the pressure and stress field around them, but not always in a predictable way. Sometimes a seemingly large change to the conditions will have little or no effect on system behavior, while other times a ridiculously small change in conditions will trigger a major change in system behavior. My goal is to understand the hows and whys of the interaction between the hydrothermal system (and the greater volcanic system) and the ever-changing crustal stress field.

How did you become interested in your field of study?

My undergraduate work was in physics, which I loved every minute of. But as I explored potential areas of research, I realized I was much more interested in using the physics we know about to understand Earth processes, rather than researching new laws of physics. From there, it was a short hop to geophysics, the solid earth, plate boundaries, crustal deformation, earthquakes, and volcanoes.

What do you like to do in your free time?

I bake desserts obsessively, play the piano, and do anything and everything with my husband and two sons. Being a scientist/musician/baker/mom is the best job in the universe, I highly recommend it!