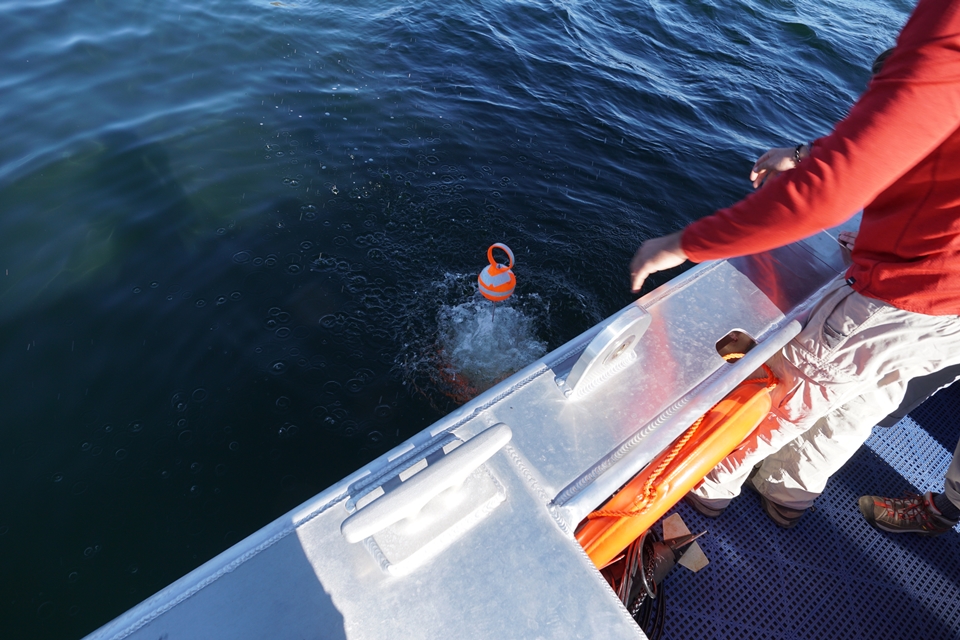 All 12 of the dual pressure and temperature (P/T) probes that were deployed on the Yellowstone Lake floor last year have been recovered! The majority of the recoveries were made while field testing Yogi, the new Remote Operated Vehicle (ROV) operated by the Global Foundation for Ocean Exploration (GFOE) for HD-YLAKE. This year, Yogi was outfitted with a new forward-facing sonar that allows us to detect objects up to fifty meters (164 feet) in front of us. This turned out to be extremely useful because as it turns out, visibility at the bottom of the lake is only about seven meters (23 feet). The sonar system worked so well that it was able to find a beer can that had been sitting on the lake floor!

One unintended consequence of deployment of the P/T gauges was that the styrofoam crab floats used to keep the housings up right were crushed by the water pressure at the bottom of the lake. When inspecting the styrofoam floats, you can identify which housings were deployed at lower depths by how relatively crushed the floats are–the deeper the float, the more it was crushed.

The data from the P/T gauges will be used to study ground surface deformation from hydrothermal charge and discharge, lake level, and other phenomenon such as seiche waves. Ground surface deformation occurs when the lake floor deforms or changes shape due to changes in hydrothermal activity. Seiche waves are similar to the sloshing back and forth of water in a bath tub. 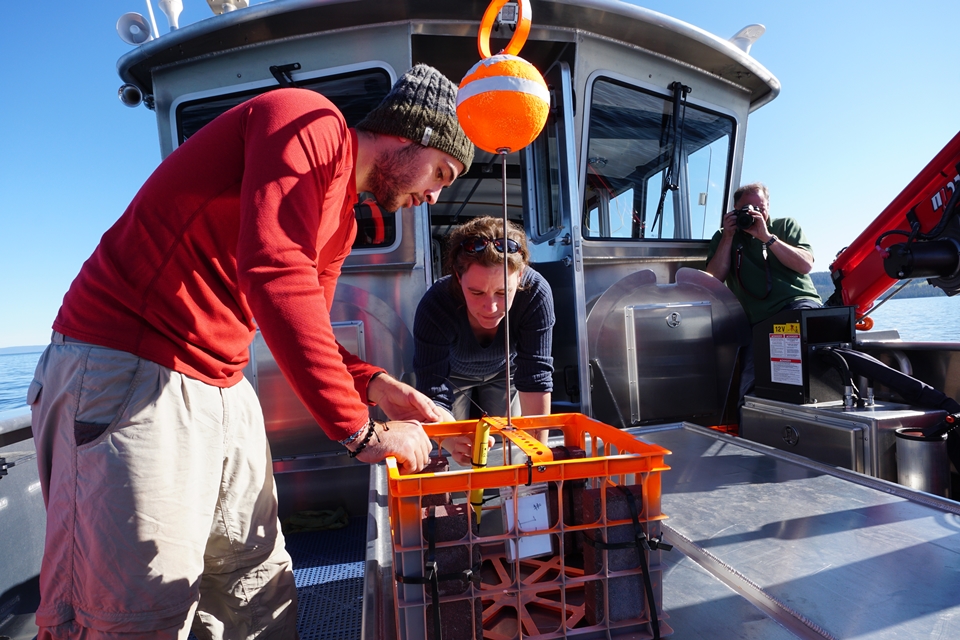 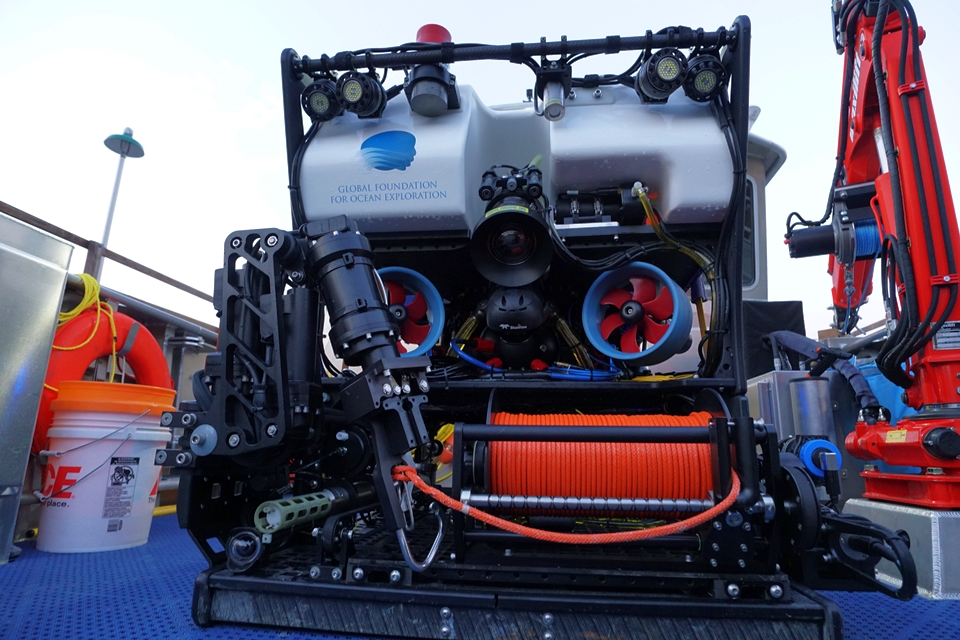 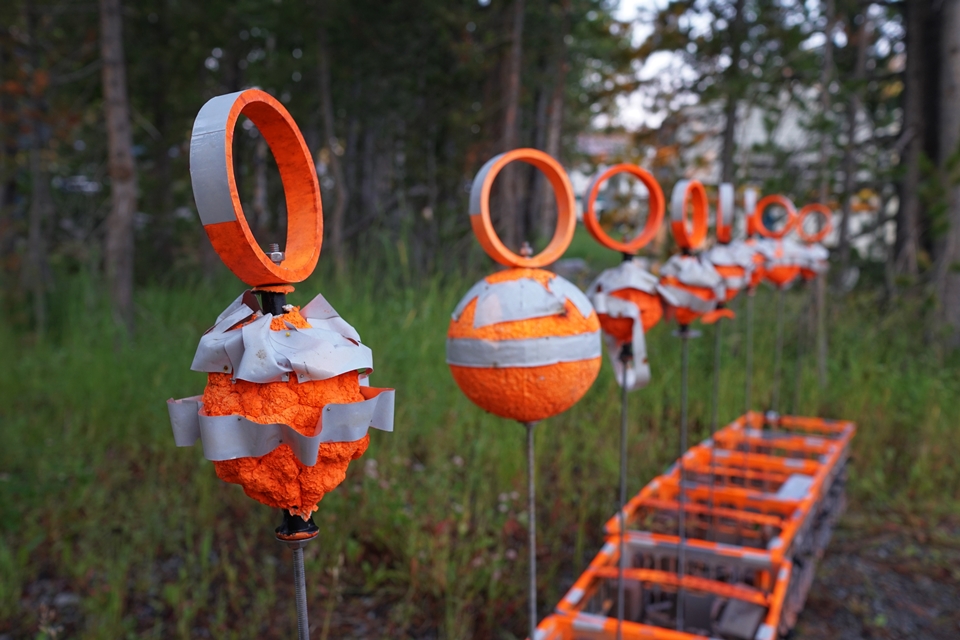 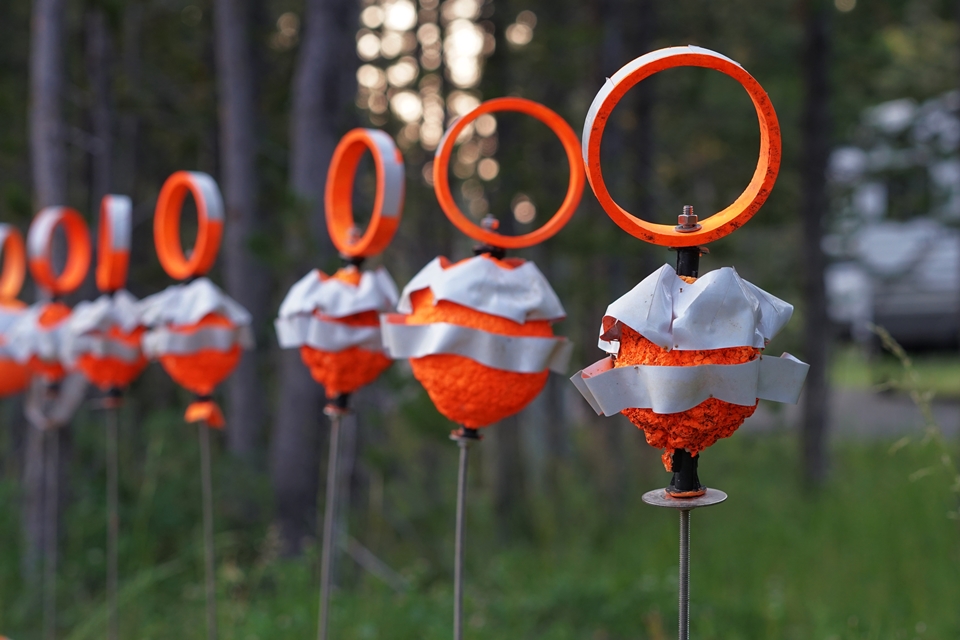